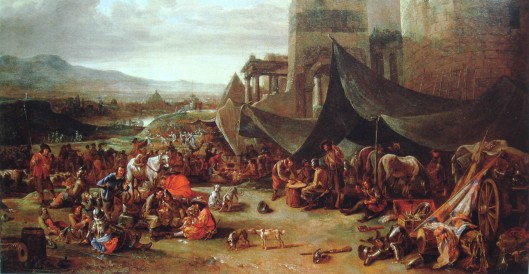 I am being forced to skip around today, since a major development has occurred. In this humble blogger’s opinion, I should qualify the previous statement. Over at the MondayVatican blog, Andrea Gagliarducci (AG) has produced a post that contains some very startling revelations, if they are TRUE that is. Now this could be a case of disinformation, however I highly value AG’s work and ATTENTIVELY read all his posts. These posts provide what in the investment community would be termed “inside information” and reading between the lines can prove the discerning reader with a very good feel for the situation inside the Sacred Vatican Walls.

With respect to the specifics, the information that AG provides in his post titled Pope Francis: What is his Pontificate’s Upcoming Agenda? (see here) is nothing short of the “ road map” that the Secretariat of the Synod has implemented for the upcoming Stealth Sex Synod of 2015. For those new to this blog, the Secretariat consists of those individuals who have been dubbed on this blog as THE SYNOD MANIPULATORS. (see here)

Cutting to the chase, to understand the significance of this information, one has to understand the proper context and in this case, CONTEXT IS EVERYTHING. So I will provided background in this post, and treat the specific data points that we extracted from the MondayVatican post in a followup post.

Our jump off point for today is the end of the last Secret Synod of Bishops of 2014 and the information presented in the Edward Pentin book that we featured in yesterday’s post titled The Trojan Horse. (see here)

The next significant developments with respect to the Synod process was on the 7th and 9th of December 2014. On the 7th of December, the Francis interview appeared in the Argentine magazine La Nacion. After careful analysis, we understood this interview to be a preemptive strike in order to control the damage that would be unleashed in two days time, i.e. 9th of December 2014. On the 9th of December 2014, the Lineamenta was released to the national episcopate conferences. This document contained the heretical directive to disregard doctrine when formulating positions at the upcoming Synod of 2015. The Lineamenta created a crisis, a crisis that we termed “the crisis that Francis was beyond“, using AG’s wording. The post in which we demonstrated that this is the case is titled Crisis? What Crisis? (see here).

The next major development appeared two weeks later at the papal Christmas message to the Roman Curia. To everyone’s amazement and chagrin, Francis launched a very violent and brutal attack on the Roman Curia. We have been able to establish that the reason behind this attack was that the Curia was resisting the Lineamenta document. We termed this as “the debate that is even more than lively”. We outlined this case in our post titled “Winning” In a Charlie Sheen Sort Of Way! (see here)

When looking back at these two occurrences and subsequent developments, one can define the Francis Christmas message to the Roman Curia as the beginning of a “civil war” that has been playing itself out behind the Sacred Vatican Walls ever since.

The next major development actually preceded the La Nacion interview, since it occurred in the first week of December 2014. This development was an interview given by Card. Muller in which he reiterating that there should be no gap between teaching and pastoral care in the Catholic Church. But Card. Muller went even further and stated that “any separation of theory and practice of the faith would be the manifestation of a subtle Christological heresy in principle”. This use of the “H” word infuriated Francis and the Synod Manipulators and set the stage for the ensuing “civil war”. We outline this situation in our post titled Coordinating Fields of Fire. (see here).

Subsequent to these above mentioned developments, Cardinal Muller gave an interview to the French Catholic newspaper La Croix in the first week of April 2015. This groundbreaking interview contained a newly created function which became known as “theological structuring”. What appears to be the case from this new information is that the Francis’ teaching office has been restricted by Card. Muller at the CDF. We outlined this situation in our post titled Theological Structuring? Francis Don’t Need No Stinking Theological Structuring! (see here)

With the appearance of the above card. Muller interview, a response from TeamFrancis was quickly forthcoming. The response was provided by Archbishop Victor Manual Fernandez in the Corriere della Sera on the 10th of May 2015. For the purposes of this post, the significant information that Archbishop provided was the following: the Roman Curia is not necessary. All that is necessary is the pope and the bishops to guide the Church. The reason the Curia is not necessary is that it is a false assertion to claim that: a Vatican prefect is the sure compass that prevents the Church from falling into ‘light’ thought; or that this prefect ensures the unity of the faith and guarantees a serious theology for the pope. This was a direct rebuttal to Card. Muller’s new and novel “theological structuring” mandate. The interview can be read in our post titled The Loose Canon. (see here)

So just to sum up. Francis and the Curia, which serves as a proxy for the Synod Bishops and the Catholic “establishment” in general, are engaged in a “civil war” behind the Sacred Vatican Walls. The Curia, led by Card. Muller has effectively stripped Francis his teaching office. Documents produced by Francis need to be accepted by the “theological structurer” at the Congregation for the Doctrine of the Faith.

From the information above, it is quite evident that Francis is not only fighting the Curia, but he is also fighting the Synod bishops. Andrea Gagliarducci provides further corroboration in the MondayVatican post, which I have included below.

This is where we will end today. But before we sign off, I will provide the data points that were provided in the MondayVatican post pertaining to the STRATEGY of the Synod Secretariat (Synod Manipulators). In the next post I will go through these in detail and explain why I think this could be the legitimate strategy that will be used in 27 days time at the Stealth Sex Synod™ of 2015.

Here are the individual data points that I extracted from the MondayVatican post:

• In the meantime, maneuvers behind the scenes have already begun.

• Bishops’ conferences from all over the world are electing representatives to the 2015 Synod, and a first glance at the list of participants shows that the majority of the bishops chosen by the conferences are followers of Church doctrine, rather than adapters.

• The General Secretariat of the Synod also worked to change the Synod’s rules.

• However, the adapters have failed to win over the Synod of Bishops to their positions, and this is the reason the General Secretary of the Synod considered changing the rules.

• Some well-informed people say that the 2015 Synod will be completely different from any other.

• First of all, a midterm report will not be released.

• Avoiding the release of a midterm report would mean eliminating any possibility of discussion. The plan is for the Synod to carry out discussions mostly in “small groups” (circuli minores) without a general discussion.

• In the end, the reports of the small groups would be put in the Pope’s hands, and the Pope would then give a final address.

• No final report or post-synodal apostolic exhortation is foreseen at the moment, at least according to recent rumors.

• In this way the adapters hope to convince the Pope to employ vague language so they can eventually exploit his words.

• True, Pope Francis links this theme with the “theology of people,” and asks priests and theologians to listen to the people because the people’s questions are able to create new theological pathways: popular piety is important to Pope Francis.

• However, in addressing the issue this way, the Pope risks the possibility that his words will be manipulated. So his final address at next month’s Synod will be important, as any vagueness in his language might be exploited.

• There are not just disciplinary issues at stake. The question of access to sacramental Communion for the divorced and remarried is probably a Trojan horse intended to get the Synod to introduce radical theological changes.

I will leave off with the Andrea Gagliarducci observation that the issue of “communion for divorced and remarried is probably a Trojan horse.”
To be continued….