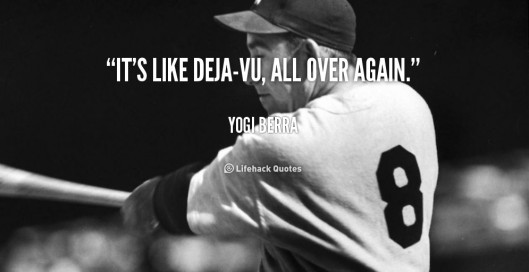 Busy day at the office today, so I am re-producing an article from the Business Insider that is a bit dated.  Feb 12, 2012 to be exact. Yet the subject matter is even more relevant now than it was back then.

The reason that I am re-posting this article now is due to a recurring observation. Of late, I find more articles and posts in blogs and periodicals dedicated to economics and especially to financial markets that are Scholastic in nature. These posts have a very strong central theme, whether implicit or explicit as the one below, that Catholicism is grounded in ABSOLUTE TRUTHS. These TRUTHS are either ignored or suppressed by contemporary “culture”, yet they are so strong and… universal, that they appear when any serious objective analysis is performed.

Concluding, what the above implies is that there is a “population” of analysts and researchers who appear to be familiar with what can be called “methodological Scholasticism”. They most likely are not cognizant of this fact since it goes under a different name, i.e. scientific method. For those who are cognizant of what it is in fact they are dealing with, they try to explain it away as an oddity (outlier). Yet for those who have some background in the subject, combined with a modicum of intellectual honesty, they are able to identify it for what it is and by name. The below post is an excellent example.

Concluding, it seems to your humble blogger that it is this “avenue” that appears to have “opened up” into the scientific and research community, which is ripe for any evangelization efforts. And it is through Scholasticism that this population can be reached.

It’s like the beginning of the 6th century Anno Domini all over again. (see here)

I will leave you with this thought.

Time To Admit It: The Church Has Always Been Right On Birth Control

Painting the Catholic Church as “out of touch” is like shooting fish in a barrel, what with the funny hats and gilded churches. And nothing makes it easier than the Church’s stance against contraception.

Many people, (including our editor) are wondering why the Catholic Church doesn’t just ditch this requirement. They note that most Catholics ignore it, and that most everyone else finds it divisive, or “out-dated.” C’mon! It’s the 21st century, they say! Don’t they SEE that it’s STUPID, they scream.

Here’s the thing, though: the Catholic Church is the world’s biggest and oldest organization. It has buried all of the greatest empires known to man, from the Romans to the Soviets. It has establishments literally all over the world, touching every area of human endeavor. It’s given us some of the world’s greatest thinkers, from Saint Augustine on down to René Girard. When it does things, it usually has a good reason. Everyone has a right to disagree, but it’s not that they’re a bunch of crazy old white dudes who are stuck in the Middle Ages.

So, what’s going on?

The Church teaches that love, marriage, sex, and procreation are all things that belong together. That’s it. But it’s pretty important. And though the Church has been teaching this for 2,000 years, it’s probably never been as salient as today.
Today’s injunctions against birth control were re-affirmed in a 1968 document by Pope Paul VI called Humanae Vitae. He warned of four results if the widespread use of contraceptives was accepted:

1. General lowering of moral standards
2. A rise in infidelity, and illegitimacy
3. The reduction of women to objects used to satisfy men.
4. Government coercion in reproductive matters.

Does that sound familiar?

Because it sure sounds like what’s been happening for the past 40 years.

As George Akerloff wrote in Slate over a decade ago,

Instead of two parents being responsible for the children they conceive, an expectation that was held up by social norms and by the law, we now take it for granted that neither parent is necessarily responsible for their children. Men are now considered to be fulfilling their duties merely by paying court-ordered child-support. That’s a pretty dramatic lowering of standards for “fatherhood.”

How else are we doing since this great sexual revolution? Kim Kardashian’s marriage lasted 72 days. Illegitimacy: way up. In 1960, 5.3% of all births in America were to unmarried women. By 2010, it was 40.8% [PDF]. In 1960 married families made up almost three-quarters of all households; but by the census of 2010 they accounted for just 48 percent of them. Cohabitation has increased tenfold since 1960.

And if you don’t think women are being reduced to objects to satisfy men, welcome to the internet, how long have you been here? Government coercion: just look to China (or America, where a government rule on contraception coverage is the reason why we’re talking about this right now).

Is this all due to the Pill? Of course not. But the idea that widely-available contraception hasn’t led to dramatic societal change, or that this change has been exclusively to the good, is a much sillier notion than anything the Catholic Church teaches.

So is the notion that it’s just OBVIOUSLY SILLY to get your moral cues from a venerable faith (as opposed to what? Britney Spears?).

But let’s turn to another aspect of this. The reason our editor thinks Catholics shouldn’t be fruitful and multiply doesn’t hold up, either. The world’s population, he writes, is on an “unsustainable” growth path.

The Population Bureau of the Department of Economic and Social Affairs of the United Nations sees (PDF, h/t Pax Dickinson) the rate of population growth slowing over the next decades and stabilizing around 9 billion in 2050…and holding there until 2300. (And note that the UN, which promotes birth control and abortions around the world, isn’t exactly in the be-fruitful-and-multiply camp.)

More broadly, the Malthusian view of population growth has been resilient despite having been proven wrong time and time again and causing lots of unnecessary human suffering. For example, China is headed for a demographic crunch and social dislocation due to its misguided one-child policy.

Human progress is people. Everything that makes life better, from democracy to the economy to the internet to penicillin was either discovered and built by people. More people means more progress. The inventor of the cure for cancer might be someone’s fourth child that they decided not to have.

• It’s a good idea for people to be fruitful and multiply; and

• Regardless of how you feel about the Church’s stance on birth control, it’s proven pretty prophetic.

DON’T MISS: OBAMA’S WAR ON THE CATHOLIC CHURCH: An Explainer →