Folks, this is important.

As you know, your humble blogger called the 2016 US Presidential Election the Flight 93 Election. It was the election that could have saved our country, our civilization and out way of life.

Yet the forces of evil are not relenting and have not accepted that they lost an election. It is as if elections have no consequences. They also have declared complete war on the free peoples of Western Civilization.

Observing what is happening, I think it is still early in this campaign. What I also think is that the best way to fight this evil at present is through the wallet.

To be more specific. What I would like all my readers to start doing is becoming very discriminatory about what and where they spend their Catholic Dollar/Pound Stirling/Euro/Zloty/Forint etc.

NB: Notice how I didn’t say “everything is downstream of economics”. That’s because we are not communists. But I digress…

To help understand the gravity of the situation, as well as the prophylactic steps we all can take now to try and battle this evil, I have republished a Gateway Pundit post that sets out the idea below.

And before I leave off, and since we are speaking about money, I would like to remind everyone here about why God created money. For those who don’t know…

… eating a lot at Chick-fil-A

The results of our study are not shocking.  In May of 2014 we performed an analysis of Congressional Districts at that time.  The outcome of that study showed similar results.  We collected the 2012 US census data housed at the government census site.  We also obtained a list of Congressional Representatives and their party affiliation from the US Congressional website for the 113th Congress voted into office starting in 2012.

What we found from the US Census data was that Democrats were the party of the super rich with 14 of the top 20 richest districts in America being Democratic districts at that time.

But what was also found was that 36 of the 39 poorest districts in America were Democratic districts.

(Note that the data used at that time did not include the US territories of Guam, Samoa, Mariana Islands, Virgin Islands and Puerto Rico which are also represented by Democrats and are also very poor districts.)

The working class districts were represented by Republicans by almost a two-to-one ratio.

US corporations take note because conservatives are the people who buy your products and services.

When corrupt and dishonest Soros-funded liberal machines like Media Matters contact you to stop advertising with conservative media like the Gateway Pundit or Hannity know that the majority of country’s purchasing power lies with conservatives.

Ignore this at your own peril. 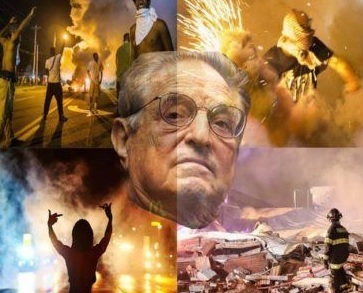 14 thoughts on “And Now A Message To Our Sponsors…”