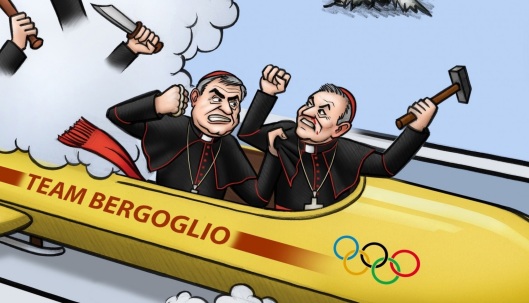 And right on cue, on the back of our post titled PROCESS: He’s Telling Us Something…, we get more on the “DavosPope” Cardinal Parolin’s visit to the Bilderberg Conference over at the Zero Hedge website.

In a post titled Why Is A Top Vatican Official Hanging Out At Bilderberg?, we are provided a good idea about what the DIPLOMATS behind the Sacred Vatican Walls are up to.

First some back-story. We need to distinguish between TeamFrancis and the DIPLOMATS. These are not one and the same. There are some areas of the Francis bishopric of Rome that these two internal camps cooperate, such as the overthrow of the “Sovereign” Order of Malta, and there are some where they do not.

If you dear readers recall, it was the DIPLOMATS, led by the Dean of the College of Cardinals Angelo Sadano who helped the St. Gallen “Mafia” and Team Bergoglio get Bergoglio elected at the 2013 Conclave.

Yet once again, these two camps are not one and the same. We can see this “competition” playing itself out in the heated war presently raging between these two factions inside the Vatican’s Secretary of State dicastery. EVIDENCE of this turf battle between Secretary Parolin and Francis’ man, one Archbishop, now Cardinal Angelo Becciu can be seen here.

What is interesting in the Bilderberg appearance though, is that this is another visit to the venues of these GLOBALIST elites by Cardinal Parolin. As this blog reported, Card. Parolin made an appearance at the last Economic Forum in Davos, which we noted in our post titled When The Salvation Of Souls Just Ain’t Enough – Cardinal Parolin Does Davos.

He also was present at the USCCB meeting, another “VENUE of MONIED ELITES” when electing the new head of the Pro-Life committee, which we outlined in a post titled USCCB Sends MASSIVE Signal To “DavosPope” That Pro-Life Movement More Important Than FrancisChurch…

If there is one leitmotif to these “ground breaking” visits of our cosmopolitan Cardinal, it is very similar to that under which the bank robber Willie Sutton operated. When asked why Willie robbed banks, he answered “because that’s where the money is”.

So the SIGNAL that can be discerned from the below Zero Hedge post is that “money”, or more generally, VATICAN FUNDING is playing out to be a very important issue. In fact it has become so important, that the Vatican official #2, i.e. the Secretary of State is breaking all past convention, not to mention semblances of “impropriety” and officially appearing at EVENTS hosted by the GLOBALIST MONIED elites.

EVENTS designed to OVERTLY promote a ONE WORLD GOVERNMENT and the ONE WORLD ORDER no less.

And once again the question has to be asked: What in the name of God does this have to do with saving souls?

But it’s not about “saving souls”…

What it appears to be about is getting an “edge” at the next conclave? 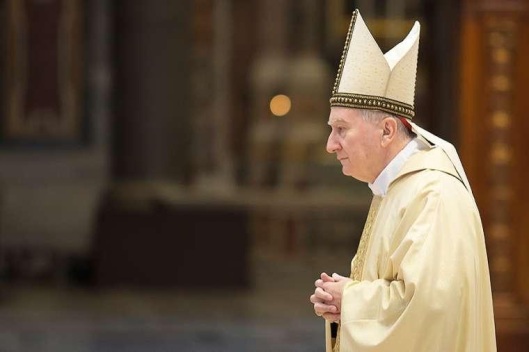 Why Is A Top Vatican Official Hanging Out At Bilderberg?

Cardinal Pietro Parolin, the Vatican Secretary of State, will participate in this year’s Bilderberg Conference, taking place in Turin, Italy today through Sunday, according to the official guest list of 131 participants.

Parolin’s attendance marks the first time a high-ranking Vatical official has taken part in the conferences, and may have something to do with the “culture of encounter” encouraged by Pope Francis.

The Pope stressed while receiving the Charlemagne Price on May 6th that ”today we urgently need to engage all the members of society in building ‘a culture which privileges dialogue as a form of encounter’ and in creating ‘a means for building consensus and agreement while seeking the goal of a just, responsive and inclusive society.’”

Parolin took part in the World Economic Forum in Davos last year where he delivered a speech on pontifical diplomacy. His participation in the Bilderberg conference comes on the heels of the May resignation of 34 Chilean bishops over a pedophile priest scandal

As we reported on Wednesday, while last year’s event in Chantilly, VA was focused on the Trump administration and “Why is populism growing?,” this year’s themes – most of which can be filed under “pleb management” include:

3. The future of work

5. The U.S. before midterms

In other words – why do Europeans care so much about their “borders, language and culture,” how to keep blaming Russia for said populism, what to do once AI and automation replace most jobs, and how to shape narratives in a “post-truth” world where nobody believes the MSM anymore.

And as we’ve been noting, Italy just took a major step towards populism after the country’s anti-immigrant League party formed a populist coalition with the 5-Star Party, while League leader Matteo Salvini stepped into his new job as Deputy Prime Minister and Minister of the Interior last Friday – pledging to deport 500,000 illegal immigrants, eschew globalization, monitor mosques and reinvigorate the country’s Christian heritage.

The whole “post-truth” discussion will likely revolve around “fake news” – the label applied to whatever trending topics do not comport with their desired narrative – facilitated through alternative news platforms and social media.

Paul Joseph Watson of Infowars, per usual, provides a great take on the summit:

Although the mainstream media habitually dismisses Bilderberg as a mere “talking shop” with no actual power, there are innumerable examples of the group exerting its influence over world affairs.

In 2010, former NATO Secretary-General and Bilderberg member Willy Claes admitted that Bilderberg attendees are mandated to implement decisions that are formulated during the annual conference of power brokers. If this is the case, it would violate laws in numerous countries that forbid politicians from being influenced by foreign agents in secret.

In 2009, Bilderberg chairman Étienne Davignon even bragged about how the Euro single currency was a brainchild of the Bilderberg Group. –InfoWars

Founded in 1954, the secretive meeting has been held annually “to foster dialogue between Europe and North America,” according to its organizers.

Around 2/3 of attendees come from Europe with the rest hailing from North America. Around 25% come from politics and government, with the rest from other fields. It’s all very hush-hush of course.

“The conference is a forum for informal discussions about major issues facing the world. The meetings are held under the Chatham House Rule, which states that participants are free to use the information received, but neither the identity nor the affiliation of the speaker(s) nor any other participant may be revealed.”

“[T]he participants are not bound by the conventions of their office or by pre-agreed positions,” the organizers state. “As such, they can take time to listen, reflect and gather insights. There is no desired outcome, no minutes are taken and no report is written. Furthermore, no resolutions are proposed, no votes are taken, and no policy statements are issued.” 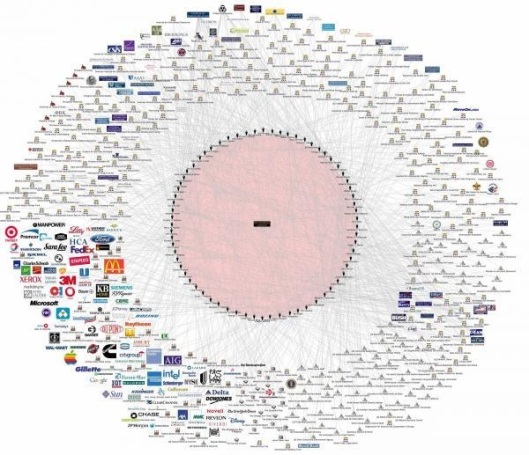 And if you still think this is all conspiracy theorist craziness and that in fact these elites are meeting to discuss what’s in your best interest; simply listen to what a 39-year member of the Steering Committee had to say about one of their main goals.

Although members do not as a rule discuss what goes on within its conferences, Labour MP and onetime party deputy leader Denis Healey, a member of the steering committee for more than 30 years, did offer a clear statement of its intentions when quizzed by journalist Jon Ronson for his book Them in 2001.

“To say we were striving for a one-world government is exaggerated, but not wholly unfair,” he said.

“Those of us in Bilderberg felt we couldn’t go on forever fighting one another for nothing and killing people and rendering millions homeless. So we felt that a single community throughout the world would be a good thing.”

And now the Vatican is involved…

3 thoughts on “DavosPope Does Bilderbergers – Getting An “Edge” For The Next Conclave?”