Today your humble blogger sets out into the post-conciliar wilderness with a newly redefined and laser focused MISSION STATEMENT. The focus of the newly refined Deus ex Machina MISSION has been turned to the post-Francis post-conciliar church. And the focus is directly on the Vatican’s upper and middle management.

Today’s food for thought for the Vatican upper and middle management is as follows: What does post-Francis FrancisChurch do with all the property that it possess after it has been transformed into a Non-Governmental Organization (NGO)?

To answer the above question, one can say that there have been some CONCEPT TESTS performed by the FrancisChurch over the last 5 years. Here are some listed below: 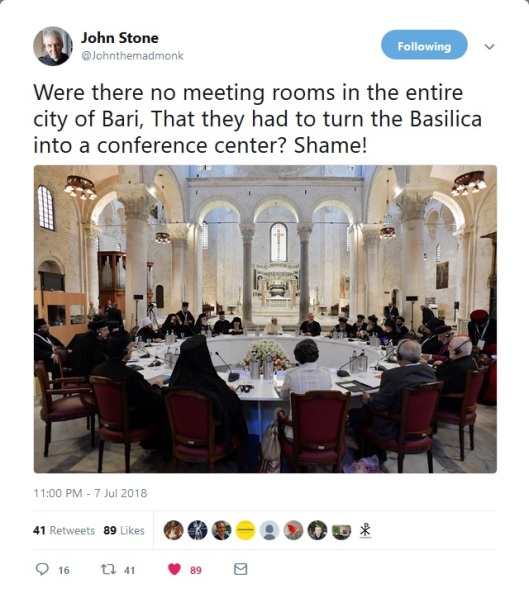 And then there is the Argentina specific concept:

And the worst case scenario, this:

These are just five ideas that rolled off the top to this humble blogger’s head.

And when FrancisChurch announces it’s revised business model at a Vatican presser, they can also introduce the new Chief Executive Officer, with many years of experience in hostel operations and banking oversight, a “competent” individual who can take the FrancisOrganizationInc. and their new business model forward.

Yes indeed. The new CEO of FrancisOrg Inc. is standing right behind Francis, the Corporate Re-organizer of Rome.

The above brainstorming concepts are neither frivolous nor mean spirited. They are driven by an OBSERVABLE change in the underlying business model of FrancisChurch. Your humble blogger has outlined this quite startling series of OBSERVATIONS in posts dealing with the UNITED NATIONS and the NEW WORLD ORDER over the life of this blog.

Now we are beginning to see this same OBSERVABLE PATTERN being recognized in the writings of the clergy of the ECCLESIASTICAL sub-set of the Visibilium Omnium.

The latest SIGHTING comes via the Sandro Magister blog Seventh Heaven. In a post titled A Monk and Theologian Breaks the Silence on the Church’s Metamorphosis, Magister references the ‘Benedictine abbey of La Madonna della Scala in Noci, is a professor at the Theological Faculty of Puglia and at the Pontifical Atheneum of St. Anselm in Rome’, one Fr. Giulio Meiattini OSB.

Here is how Fr. Meiattini OSB sees the transformation of the post-conciliar church by FrancisChurch: (with emphasis and added emphasis)

Among the ethical demands and the sacramental foundation of Christian existence, the center is undoubtedly the sacrament, which is the communication to the believer of the grace that saves, and, in that it is welcomed by and transforms man, is also an act of glorification, doxology. […] Ethics is neither the first word not the last.

In “Amoris Laetitia,” however, the opposite logic is followed: the starting points are categories taken from the natural law and principles of general ethics (attenuating factors, the relationship between universal norm and subjective situation, non-imputability, etc.), and from these major premises are drawn the consequences for the pastoral practice of the sacraments.

Nota bene: What we are witnessing is the Nietzschean PROCESS of “TRANSVALUATION” at work. In a post titled “Ressentiment” – Reading “Francis” Through Nietzsche…, we identified just this mechanism in the lecture given by Dr. Stephan Hicks. Hick’s passage reads as follows:

Post-Modernism is populated by large numbers of people who like the idea of deconstructing other people’s work. The opposite of constructing something of your own. Consider parallel examples from the world of visual art. I think the visual art world was a little ahead of the post-Modernists this century. Asked to submit something for the display at the Art Institute of Chicago, Marcel DuChamp sends a urinal, which is then displayed. This makes a statement about art. Art is something you piss on. Or there’s the painters De Kooning’s version of the Mona Lisa, a reproduction he makes of Leonardo’s masterpiece with a cartoonish mustache added. That too makes a statement. ‘Here’s an achievement I can’t hope to equal and so I’ll turn it into a joke.’ In fact, destroy it. So you become a bully and a thug, not because it destroys something bad, but just because it feels good to wreck something. So words are your weapons now, you want to destroy the achievements of Western Civilization, especially the Enlightenment, how do you do it?

Moving on to the rest of the Meiattini passage, we read as follows:

In this way, the dimension of the symbolic and the sacramental, which should anchor, embrace, and transcend the moral sphere, loses its significance and becomes a mere appendix to ethics. […] The demonstration is given by the fact that in concrete terms the sin of adultery loses its public significance linked to the testimonial aspect of the sacrament, and can be remitted in the “internal forum” without any need to explain before the community why a spouse who publicly contradicts the sacramental sign of fidelity should publicly receive the Eucharist.

In short, the result of the decisions of “Amoris Laetitia” is the reduction of the sacramental to the moral, meaning of faith to ethics, which to me does not seem to be a mere question of pastoral practice. What is at stake here is something essential to the nature of Christianity (Ed. note: Catholicism to be precise).

So what we see in the above is EVIDENCE for the “RE-ORDERING” of the VALUE (BELIEF) SYSTEM of Catholicism by FrancisChurch.

And the most likely reason behind the TRANSVALUATION is just as Dr. Hicks observed:

‘Here’s an achievement I can’t hope to equal and so I’ll turn it into a joke.’ In fact, destroy it. So you become a bully and a thug, not because it destroys something bad, but just because it feels good to wreck something.

Summa summarum: FrancisChurch is nothing short of Nietzschean!

Which should lead one to ask: will this Nietzschean TRANSVALUATION work?

And we have some sensory data of how well this TRANSFORMATION of the post-conciliar church by the FrancisChurch is proceeding here:

This is how the attendance at FrancisMass on Low Sunday of 2018 in St. Peter’s Square looked.

As for the heretical sects, it is even worse for them as can be seen here. And the diagnosis by the author of the CAUSE sounds eerily familiar!

Concluding and given that the sensory and empirical data is become overwhelming in support of the CLAIM that FrancisChurch is turning the post-conciliar church into a secular NON-GOVERNMENTAL ORGANIZATION, it might be a good time to start asking the upper and middle management behind the Sacred Vatican Walls if this is in fact the road down which they would like to accompany the Bride of Christ?