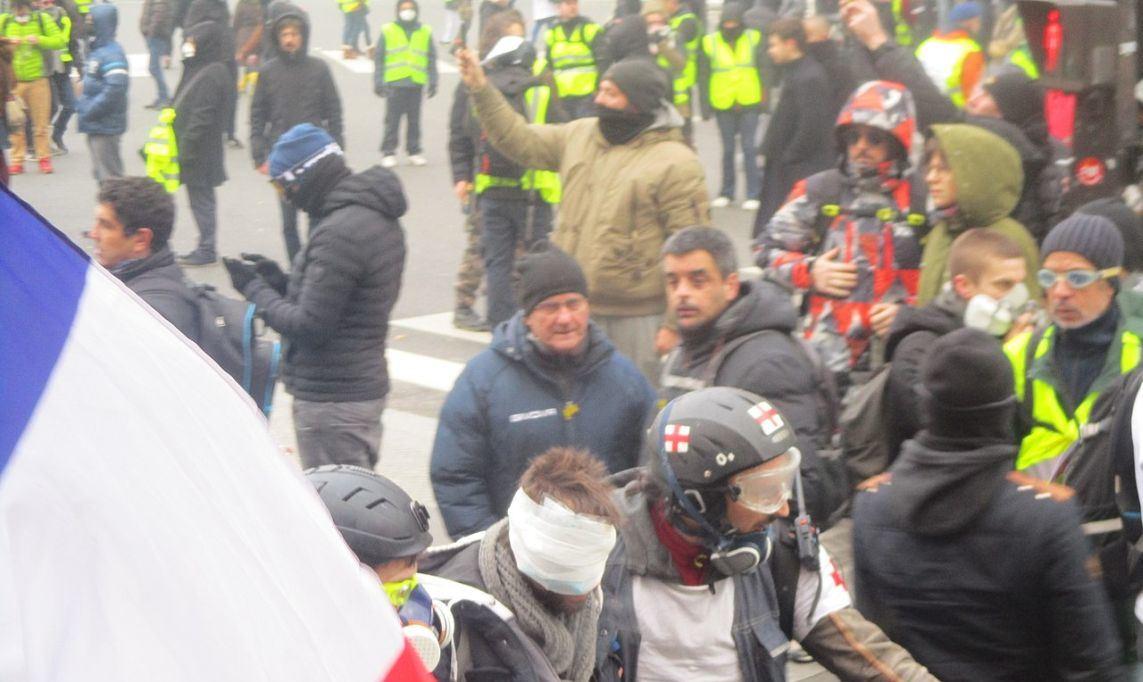 The post below is a clarification post since this humble blogger has been asked to explain how some of the recent information appearing on this blog fit together.  The subject matter is not so much BREXIT specifically, but how it fits into a wider CONTEXT.

So here’s the HYPOTHESIS.

In the POLITICAL (specifically “national governance”) sub-set of the Visibilium Omnium, information has appeared in the public domain that there is a group of people who are trying to bring about the creation of a ONE WORLD GOVERNMENT  (OWG).

Given the above, it cannot be denied that there are “interested parties” who are promoting a ONE WORLD GOVERNMENT and that this “project” is an OBJECTIVE REALITY.

What can be questioned is its SIGNIFICANCE.

Which brings us to the European Project and BREXIT.

What we are seeing in the European Project is a ONE WORLD GOVERNMENT experiment, yet on a smaller scale. What we are in fact seeing is a PROCESS that is attempting to do away with NATURAL BOUNDRIES, be they linguistic, geographical, theological or cultural. What we are also seeing is an attempt to create a new form of “democracy” called a “liberal democracy”, wherein individual citizens are ruled by a group of “elites” that are appointed rather than through an electoral process. And if this model becomes “acceptable” (functional), then it will only be a matter of time until it is exported to other spheres of the lands occupied by Western Civilization.

Which is why BREXIT is such a BIG DEAL.

Through BREXIT, one of the lands of Western Civilization has voted, through a popular referendum to extricate itself from the ONE WORLD GOVERNMENT experiment that is the European Union Project.

The threat that BREXIT poses for the GLOBALIST elites is that if the United Kingdom leaves and it is better off afterwards, other lands of Western Civilization will likely follow. Therefore, the European “elites’ have taken it upon themselves to do everything in their power to CRUSH THE REBELLION.

Here is a glimpse of the bigger picture put into a historical CONTEXT:

Yet it would also be wise to observe that even the 1938 Sudetenland Crisis is not anything new, or anything that we haven’t seen before.

Actually, the first record of such an EVENT we can trace back to the Book of Genesis and the story of the Tower of Babel. Below is the explanation:

Summa summarum, when we look at the situation with making changes to complex systems, and the push backs that they generate, i.e. the BREXIT, or with the Yellow Vests or with the ascent of the Salvini, Orban, Kaczynski, etc. governments in European lands of Western Civilization, or even the Traditionalist revolt against the neo/post-Modernist destruction of the post-conciliar church, what we are in fact observing is just the latest interation of the Tower of Babel story playing itself out.

So today, your humble blogger provides more information about the latest attempt to build the latest iteration of the Tower of Babel, that is presently tranpiring in the  Frankish lands of Western Civilization.

But make no mistake about it folks, it is BREXIT that is the most critical FRACTURE that is playing itself out at present. (latest here)

Globalism’s Last Disgrace: The Army Vs The Yellow Vests

Authored by Tom Luongo via The Strategic Culture Foundation,

There are few people in this world more odious than French President Emmanuel Macron after his behavior this week. I’m sure there are child molesters who are worse. But as a man who is pivotal in the future of hundreds of millions of people, his decision to order the French military to quell the Yellow Vests protests with live ammunition is simply vile.

Macron outed himself as the very symbol of what animates the globalist elite he represents.

The disdain he holds for the people he leads is palpable. It’s as palpable for his disdain for the British who voted for Brexit. To him the EU is all, the EU is inevitable and when faced with the choice of serving France or serving the EU, he chooses the EU every time.

That is what led him to this disastrous decision to deploy the French military to the streets for the first time since 1948 with orders to shoot protestors.

And that disdain is so complete that he doesn’t realize what happens if even one of those men goes too far and takes the President at his word. Thankfully, that did not happen.

But if it did, he would have lost complete control of his country, if he hasn’t already.

The estimates for Act XIX of the Gilets Jaunes this weekend were over 125,000 across France. That many people taking to the streets risking getting shot is not something you dismiss with a wave of your hand.

It is something as a leader you need to take very seriously.

Because the real fear for Macron is not a violent demonstration that ends with protestors shot and killed. No, the real fear is the protests that are peaceful.

Because what happens, Mr. Macron, if the soldiers you deployed to suppress attendance to these demonstrations see first-hand just how much the violence reported has been overblown?

Or worse, the lack of it confirms their suspicions that the violence was committed by agent provocateurs who now didn’t show up because it’s no longer worth the €25/hour they are being paid to sow discontent?

They’ll see exactly what Macron doesn’t want them to see: angry, dispirited, desperate people with legitimate grievances expressing those feelings the only way they know how.

If Macron wasn’t courting civil war before this weekend, he is now.

Because an uprising against a corrupt and unresponsive government by some people is one thing. It starts with the most angry but it can spread over time only if the government doesn’t hear them.

Macron’s reactions have only made things worse at every turn.

So, while the people started this fight for the future of France it will be the military that ends it. And woe to Macron and the French political elite if the military on the ground sides with the people they were sent to shoot.

There is nothing more cowardly than a supposedly liberal, tolerant democracy sending in the military to shut down and order violence against is own people for taking to the streets. It is simply the order of tin-pot dictator with delusions of adequacy.

Prudent leadership stems from having weapons and knowing when and how to use them. The images coming from France have been horrific and no better than those captured during Mariano Rajoy’s crackdown on Catalonia during its independence referendum in 2017.

That response cost him his job. So too will it be for Macron now that he has crossed that line.

Macron is under the orders of his paymasters in The Davos Crowd to get control over France. He will not be removed from office as long as he acts in accordance with their wishes. By now they would have replaced him with someone more acceptable to defuse the situation.

There is only one problem with that. There is no one else.

Macron’s approval rating is abysmal. He’s polling behind Marine Le Pen’s National Rally who will send more members to the European Parliament than his En Marche will in May.

He was already the bait and switch candidate in 2017’s election. The globalist-in-reformer’s clothing. And now that he’s the focal point of the Gilets Jaunes’ anger nothing short of a violent put-down of their rebellion will save Macron at this point.

But a violent put-down is only winning the battle to lose the war.

With the EU locked in mortal combat with Brexiteers and Italy pushing the envelope in the European Council, there’s no room to maneuver here.

So, this continues until it can’t. At which point Macron’s legitimacy will evaporate and political change will occur. But the globalists behind Macron and in French political circles will put that off for as long as possible.

That’s why the lack of violence at ACT XIX’s marches this weekend was so important. Macron’s bluff was called. And that means we’re nearing the end of his story. And it couldn’t happen to a more deserving weasel.

2 thoughts on “BREXIT, Yellow Vest Just The Latest Iterations Of The Tower Of Babel…”