Hey, there’s a medical term for this: (see here)

If you talk to a psychiatrist or psychologist – many will tell you the most difficult type of personality to deal with is those with a Narcissistic Personality Disorder. Despite associations with the name and the Greek myth of Narcissus, the emotional effect of engaging with such individuals is far greater than their merely seeming vain or self absorbed. The term Malignant Narcissism is more correctly used to describe a type of personality that is overly concerned with it’s own point of view, and reality.

Who else have we diagnosed with this problem?

A meeting of the German Episcopate Conference took place last week in Ingolstadt, Bavaria. In the final communiqué delivered by the chairman of this body, Cardinal Reinhard Marx, it was possible to hear that “deepening dialogue” with the countries of Central and Eastern Europe “should be in the center of the international activity of our Episcopate in the coming years”. The task of detailed elaboration of the program of this activity was commissioned to Archbishop Ludwig Schick of Bamberg.

What is going on? Why has Central and Eastern Europe suddenly become the center of interest of the Episcopate of Germany? Are there no other more urgent problems? For example, the persecution of Christians in the Middle East? Or the legal discrimination of believers in France who are forbidden to criticize abortion?

It turns out that it is not. The German hierarchs have noticed that the roads of the countries of Western and Eastern Europe are diverging more and more – not only in political but also church matters – and this should be counteracted.

Archbishop Schick complained that, unfortunately, Central and Eastern Europe is closed to accepting refugees, which Francis appeals so much to. The dignitary also stated that more discussion was needed on matters relating to marriage and sexuality.

What would it consist of? Let us remind you that the Episcopate of Germany has recently officially admitted to the Holy Communion divorced and reunited, and now there is a lively preliminary discussion about the blessing of homosexual couples.

At the Episcopal meeting in Ingolstadt, guests from Central Europe were invited to talk about the situation in their countries and to show the German bishops what the Church’s problems in that region are. There was no one from Poland, but speakers from the Czech Republic and Hungary gave their speeches.

“Populism is the biggest danger for the whole world.”

This threat can be seen, which was predictable, in his homeland, or in the Czech Republic. Fr. Halik recognized that in this situation the task of the Churches is “to develop an antidote to the infection of populism”. He was acclaimed by Archbishop Schick, who said that “Churches can really overcome populism.”

From the course of the conference it emerged that the solutions different from those preferred by the Bishops’ Conference are populist, e.g. in the matter of accepting refugees.

Another speaker, a religious scholar from Szeged in Hungary, András Máté-Tóth also haunted the gathering with the specter of growing populism. He gave the example of his country, where politicians instrumentalize Christianity and spread hatred. A particular expression of this is the attitude of the Hungarian authorities and society to the immigration crisis in Europe.

According to the conference participants, populism will not be combated by easy labeling, but you need constant dialogue, awareness and work with the base – in parishes, youth organizations, joint educational meetings, scientific seminars, etc. And this is the task for the Churches.

And now it becomes fully clear why the German bishops felt that “deepening dialogue” with the countries of Central and Eastern Europe “should be in the center of the international activity of our Episcopate in the coming years”.

At least we know what to expect when they come to us with various initiatives or invites for each of their various meetings.

And on a humorous note this:

The Acton Institute has the story (link here).

Walker writes:
More groups are beginning to notice the hypocrisy of nuns advocating for progressive causes, including and especially their stumping for campaign finance disclosure.
…
Of course, driving a luxury bus over 5,000 miles to convince unenthusiastic voters to participate in a midterm election can get expensive. David Gibson, who helped Sr. Campbell pen her memoir, wrote in September that the nuns had raised most of the $400,000 they needed for the tour “mainly from Network members and from foundations that promote voter registration and health care reform.” Because of the nuns’ concern for big money’s influence on politics and their advocacy for Democrat-leaning causes, one might expect a journalist to dig a little deeper into the sources of the nuns’ funding. Indeed, Gibson’s account is made conspicuous by the absence of further detail.

Oh well. At least “the narrative” did not get soiled

But in all honesty folks, the NOB’s fit right in with the Kirchensteuered up church of Francis like two peas in a pod.

On an aside, there is a reason why they say that there are no fools like old fools.

Bugnini’ites in the Roman Curia led by Francis, the Bishop of Rome are forcing the Franciscan Friars of the Immaculate, a Catholic religious order to stop offering the Mass by its’ priests and force the Order to “celebrate” a protestantized form of an assembly type theological rite known far and wide as the Novus Ordo. If you would like to support this effort to stop this completely uncharitable and unmerciful act, and in the process support the beachhead that has been made by the Summorum Pontificum in the restoration of the One True Faith, please see the link below.

A big Deo Gratias in advance. 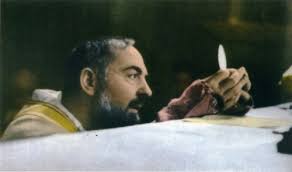 I bring you Francesca Immaculate Chaouqui.

The thirty-year-old communications expert has been appointed to the newly created eight member pontifical commission that will be reporting on the “organization of the financial-administrative structure of the Holy See”.

And Francesca will have access to all “‘documents, data, and information’ of every Vatican administrative organism, without any official confidentiality to obstruct her”.

But why is this important Mr. Armaticus you might ask?

Well because, according to gloria.tv, young Francesca not only works as an “…expert in communication” for Ernst & Young but, get this,  moonlights as “an assiduous informer for Dagospia.com, the number one collector in Italy of leaks and dirt concerning the world of the Vatican.”

It would appear that our new bishop of Rome is taking that old Machiavellian adage about keeping friends close but enemies even closer, to an entirely new level. 😉