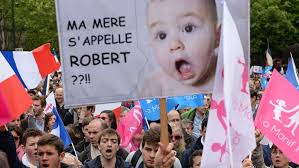 RC:
“It must be made known that Msgr. Corrado Maggioni, a steadfast Bugninist, a great friend of Abp. Piero Marini, had been named to the Office of Liturgical Celebrations [of the Supreme Pontiff] at the time of the “rearrangement” of this office’s personnel at the beginning of the current pontificate.
…
“As for Msgr. Ward, as is well known, he was a key figure in the only major liturgical advance of the now defunct “Reform of the Reform”, the new English translation of the Paul VI missal.

Msgr Ward was responsible for correcting the “obvious” typos in the original translation of the Paul VI missal.

Could it be that they were not typos after all?

PS Can’t wait until the Peoples Liberation Front of Judea starts going after the Wojtylians.