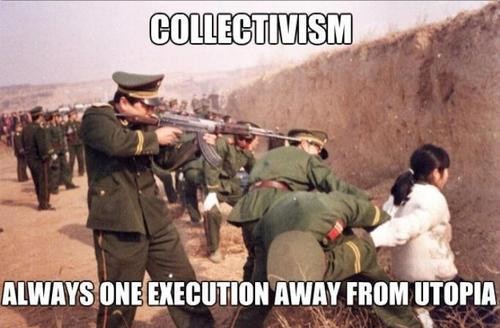 In today’s post we continue with the Restoration theme in the Polish Church and try to put it into context. Below, for your information, I have translated a post that appeared on the UnaCum.pl (Una Voce Poland) website (see here). The original post appeared on the Centrum Kultury i Tradycji Wien 1863 (Ed. translation: Center for Culture and Tradition Vienna 1863). See original here.

The reason that I am bringing this to your attention is to demonstrate how the Restoration is being implemented and spreading in Poland. If you recall from our last post titled Reconnaissance From Poland – Situation Report (see here), Fr. Pio mentioned that: (emphasis and comments added)

A return to Tradition for such bishops clerics and laity is being deflected every step of the way as an assault upon their (Ed. note: neo-modernist) HOMOCENTRIC (Ed. note: anthropocentric) world view and church.The die is cast. The only thing this wing of the Polish Church lacks …is the wide support of the faithful who seeing such rot are either leaving in droves and choosing secularism as their life – guiding ideology or filling the chapels of SS Pius X and other centers of true Catholic worship. (Most happily this includes the young some of whom are discovering their true spiritual inheritance…..TRADITION.

Due to the obstinancy of a large part of the episcopal class, the Restoration is being executed and progressing in a “bottom-up” effort, initiated by the laity.

The below post represents just one of the projects that the laity has implemented. As we can read in the below post, this project is in its 5th year and has sent more than 600 informational Traditional Packages to Clerics already. Seeing as how there are approximately 28,457 priests in Poland, and 44 diocese, this would mean that 2.1% of the priests in Poland (13 per diocese) have already received their Traditional packages. Please see below table.

Not bad when considering that this is just one, small, privately funded effort.

Here is the translation of the post (see original here)

For the fifth time this year, our traditional Christmas campaign is organizing a Package for a Cleric. In recent years, thanks to your generosity and magnanimity we sent more than 600 parcels to seminarians and priests; each containing between two and six books.

The aim of our campaign is to provide good literature, which is very important in the formation and preparation for the priesthood. Often, we know it from the recipients, the literature provided in the contents of Traditional Parcels help in providing reasons for deepening the ties with the traditional liturgy and Catholic doctrine.

Today, due to some of those receiving gifts from you in the first edition of the Packages for Clerics, they are now priests and in their parishes and other communities and are offering the Mass in the traditional form.

Probably, it was through your generosity in recent years, that the delivered literature had an impact on the direction of their priestly paths.

This year we also want to be able to give to clerics who are interested in the Catholic Tradition, and these requests continuously arrive, likewise from the diocesan seminaries. We trust that we’ll be able to provide them with several important pieces of liturature.

On the occasion of the Christmas Holidays, to the Package for a Cleric we want to insert the following books:

Fr. Peter Wulgaris’ The reform and renewal of the Roman Breviary in the twentieth century

Michael Krajski’s Tradition negated (the book in preparation, will be released in 2016.)

We are confident that, as in previous years, this year you will wish to support our action.

Given the above, one is left wondering why the Polish Episcopate would not support such an effort, an effort that is bearing such fruit and can “attract” large numbers of lapsed Catholics back into the pews? Fr. Pio writes the following in the Reconnaissance post, which I think answers this question:

It is primarily (in my opinion), the bishops who supported the direction of the previous ruling party, (Platform Obywatelski…recently booted out of government by general elections and directly opposed to the Roman Catholic Church’s teachings), and their underlings who are so vehemently opposed to the TLM, since it interferes with their deconstructionist tendencies within the Church and society itself…a trend which has lead to much conflict within the Polish Episcopal Conference.

Confirmation for the accuracy of Fr. Pio’s observation can be discerned from a post that appeared recently on Fr. Z’s blog. (see here) Here is the lead into the subject matter:

In an interview with a French Catholic weekly magazine, Archbishop André-Joseph Léonard reflected upon his five years as Primate of Belgium and Archbishop of Mechelen-Brussels.

And here is the pertinent passage and Fr. Z’s comments:

Asked to comment on the steep rise in the number of seminarians– from four in 2010 to 55 in 2015— [4 … t0 55 in FIVE YEARS] Archbishop Léonard told Famille chrétienne that he spoke with prospective seminarians personally rather than referring them to the vocation office: “a man who wants to give his life to Christ, a bishop must receive him!”  [What?!?  Was that an accident?  I ask you… speaking to seminarians personally?!?  What was he thinking?  Let’s cut through the B as in B, S as in S. Liberal bishops don’t want priests.  They want women.  Let’s just call it what it is.  If they can find 55 men who want to be priests in Brussels, they can find them everywhere.  Even more proof that what bishops such as the Extraordinary Ordinary, Morlino of Madison, do in regards to vocations … wait for it… WORKS.  There doesn’t have to be a vocation crisis.  The vocation crisis has been engineered for decades now.  By liberals.  It’s not rocket science.]

So what we see here is that even in Belgium, vocations can increase exponentially with very little effort. Something as simple as bishop speaking with potential cleric.

Which leads to the obvious question: why isn’t this being done in the Universal Church?

This answer is quite simple likewise.

The answer is, as Fr. Z points out that the neo-modernists “don’t want priests”.

Actually, it is a bit more than not wanting priest. The more comprehensive answer is provided by Dr. Joseph Shaw in his LMS Chairman blog. In a post titled A smaller, weaker, impurer Church, the pertinent passage pertains to the often quoted Benedict XVI quote about a “smaller” Church going forward and  is as follows : (see original here and the entire thread is a must read) (emphasis added)

In light of this, at the time widely held, view, the passage makes a very different kind of sense to that sometimes, I think, attributed to it by conservative Pope Benedict fans. To a large extent it is not about the disaster of post-Conciliar collapse – which wasn’t so visible in 1969 – as about the liberal hope for purification and growth following the sloughing off of the privileges and institutions which were cramping the work of the Holy Spirit. Of course, the two things are closely related. When Pope Paul VI talked about the ‘autodemolition’ of the Church, he was talking about the way that liberals were deliberately and joyfully smashing the place up, convinced that this would lead to a new springtime. The liberal attitude has not gone away entirely. Even now, bishops planning for the institutional disappearance of the Church in their dioceses give their discussion documents jaunty and optimistic titles like ‘Leaving Safe Habours‘. Only if we leave all those fusty old things like schools, hospitals, and parish churches, behind, can we really get going with our evagelisation. Hanging on to the old institutions is playing it too safe. If smashing up half of them didn’t have a positive effect, then we should try smashing up the remaining half.

This is the fuller answer, namely that the neo-modernists want to smash-up the Holy Roman Catholic Church as an institution.

Here is a neat summary by Dr. Shaw:

As you build new Catholic institutions, the key thing is not to let the liberals get their hands on them: they will instinctively destroy them. They can’t help it. It is their nature.

And why is it in the nature of the neo-modernists to destroy anything they get their hands on?

Because they are IDEOLOGUES at their core. Once again the definition of an ideologue is (see here): an impractical idealist :  theorist. One who is intensely or excessively devoted to a cause. One whose conduct is guided more by the image of perfection than by the real world.

Or as we say on this blog: TRANSRATIONAL

And just like the collectivist, regardless of whether he is in the US, in Poland or in the Vatican, the neo-modernist will never acheive his ideal because he will always be…

one execution away from utopia.

4 thoughts on “Of Deconstructionism, Neo-Modernists and Utopias”