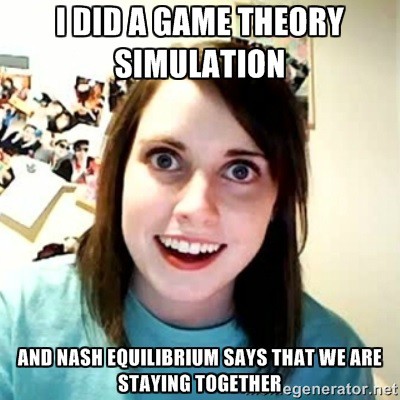 Yesterday’s post contained a synopsis of the TRAIN WRECK that is the Francis pontificate. We explained how Francis created a crisis after a crushing defeat that he and his forces of heresy, collectively known as TEAMFRANCIS suffered at the Secret Synod of Bishops of 2014, by instructing the Synod bishops’ conferences to disregard doctrine at the upcoming Stealth Sex Synod of 2015. Here is the passage from the MondayVatican post titled Pope Francis beyond the crisis. Waiting to appoint new cardinals from the 15th of December 2014. (see here) (emphasis added)

In the middle [Ed.: of the week], the guidelines (Lineamenta) of the 2015 synod have been released. The guidelines include the synod’s final report as it is (with all of its controversies) and a series of 46 final considerations. […] Id est, not to go back from the “pastoral turn” and to avoid “a mere application of doctrine to pastoral work,” taking into account that the synod’s path has been now traced.

At this point two things need to be mentioned, i.e. that this post was published on the Monday preceding the Christmas message to the Roman Curia of the 22nd of December 2014 AND the old and wise expression about speaking too soon.

And as we have explained in yesterday’s post titled It’s Civil War, I Tell You! (see here), a CIVIL WAR ensued.

A CIVIL WAR that Francis and his supporters, collectively known as TEAMFRANCIS managed to lose.

The basis upon which we can make the above claim is the following: the DOCTRINE OF FRANCISCHURCH. One needs to understand the “doctrine” of FrancisChurch.  One of its practitioners, Archbishop Victor Manual Fernandez has provided us with insights in the interview that we provided in our post The Loose Canon (see here). Here is the relevant part for our discussion:

But Catholics, reading the Gospel, know that Christ assured special guidance and enlightenment for the pope and bishops all together, but not for a prefect or another structure.

Gathered around the pope, in a theological sense, is the College of Bishops in order to serve the people.”

What the above is saying is that if Francis calls a Synod, and the Synod votes on something, anything, regardless of whether it is heretical or not, according to FrancisChurch “doctrine”, it becomes the “c”atholic doctrine.

Actually, it gets better. Francis doesn’t really need “the bishops” for the small stuff because:

“No, there’s no turning back. If and when Francis is no longer pope, his legacy will remain strong. For example, the pope is convinced that the things he’s already written or said cannot be condemned as an error. Therefore, in the future anyone can repeat those things without fear of being sanctioned.

But once again, and I emphasize, for doctrinal matters, the threshold is: Christ assured special guidance and enlightenment for the pope and bishops all together.

I could go on, but the above serves our purpose. On an aside, we have labeled the above musings as the Buenos Aires Theological School.

• In the meantime, maneuvers behind the scenes have already begun.

They have been ongoing since the end of the Secret Synod of 2014.

• Bishops’ conferences from all over the world are electing representatives to the 2015 Synod, and a first glance at the list of participants shows that the majority of the bishops chosen by the conferences are followers of Church doctrine, rather than adapters.

Understanding this is key. If you recall dear reader, after the Secret Synod of 2014, there were voices who noted that The Three Paragraphs (see here) that did not get the 2/3 needed to pass still got a simple majority.  And even FrancisBishops who would be appointed by Francis to the Stealth Sex Synod of 2015 were putting out this narrative (see here). Therefore, it is correct to assume that at this upcoming Synod, the rules would be changed for simple majority voting.

However, from the data point above, it would appear that TEAMFRANCIS does not even “reasonably” expect to have a simple majority, since the bishop delegates are overwhelming orthodox. Therefore, changing rules to a simple majority voting is not enough.

• The General Secretariat of the Synod also worked to change the Synod’s rules.

And it is to counteract this situation presented in the above point (not being able to get a simple majority)  that the changes to Synod rules are being designed.

• However, the adapters have failed to win over the Synod of Bishops to their positions, and this is the reason the General Secretary of the Synod considered changing the rules.

Confirmation of the above.

• Some well-informed people say that the 2015 Synod will be completely different from any other.

Yes, this is going to be a FRANCISSYNOD. Besides, FRANCISCHURCH don’t do “small-minded rules”… or “rules” of any kind to be more exact.

• First of all, a midterm report will not be released.

No paper trail to document the defeat of TEAMFRANCIS. But this does not mean that “final” reports are not now in the process of being written.

• Avoiding the release of a midterm report would mean eliminating any possibility of discussion. The plan is for the Synod to carry out discussions mostly in “small groups” (circuli minores) without a general discussion.

No general discussion is good since it would only lead to reinforcement of the defeat of TEAMFRANCIS. It would also allow the collective Synod to know what the individual groups are doing. This is no doubt being done so that TEAMFRANCIS is not faced with another uprising like the “Familiaris Consortio Thursday/ Blue Thursday” uprising at the Secret Synod of 2014 (see here). Small groups, led by FRANCISBISHOPS should be easier to control (see here and here), or so the theory goes.

• In the end, the reports of the small groups would be put in the Pope’s hands, and the Pope would then give a final address.

These “reports” are most likely already written, just like the mid-term Relatio at the Secret Synod of 2014.

• No final report or post-synodal apostolic exhortation is foreseen at the moment, at least according to recent rumors.

Here again, no final DOCUMENT to confirm the defeat of TEAMFRANCIS. No document that could be used to confirm that the bi-Synod of Francis RESTATED CATHOLIC DOCTRINE.

Furthermore, since there will be no documents produces that “border” on doctrine, the Congregation for the Doctrine of the Faith and the “theological structurer” will not be necessary. (see here)

• In this way the adapters hope to convince the Pope to employ vague language so they can eventually exploit his words.

The only “RECORD” of this FRANCISABORTIONSYNOD will be a FRANCISSPEECH. In other words, the Catholic bishops and heretics can return back to their countries and carry on as before. Like the old saying goes: He who fights and runs away, lives to fight another day.

• True, Pope Francis links this theme with the “theology of people,” and asks priests and theologians to listen to the people because the people’s questions are able to create new theological pathways: popular piety is important to Pope Francis.

So the priests will be listening, and carrying on as before.

• However, in addressing the issue this way, the Pope risks the possibility that his words will be manipulated. So his final address at next month’s Synod will be important, as any vagueness in his language might be exploited.

The other side of this argument is that Francis’ words are meaningless anyways. He doesn’t even have control over his teaching office due to the advent of “theological sructuring”. Furthermore, since Francis continuously states that he “is a loyal son of the Catholic Church“, the forces of orthodoxy can use this statement to counter any heretical interpretations from the post-synodal FRANCISSPEECH that might arise at a later date. They will simply revert back to “reading Francis through Benedict”, like the good Bishop of Kalisz (see here).

• There are not just disciplinary issues at stake. The question of access to sacramental Communion for the divorced and remarried is probably a Trojan horse intended to get the Synod to introduce radical theological changes.

Correct observation. The reason that there will not be any DOCUMENTS produced is that the issues discussed at the Synod will be doctrinal in nature. The only way in which FRANCIS and TEAMFRANCIS can extract themselves out of this bad situation is by not producing any tangible evidence of its existence.

In game theory, the Nash equilibrium is a solution concept of a non-cooperative game involving two or more players, in which each player is assumed to know the equilibrium strategies of the other players, and no player has anything to gain by changing only their own strategy.[1] If each player has chosen a strategy and no player can benefit by changing strategies while the other players keep theirs unchanged, then the current set of strategy choices and the corresponding payoffs constitutes a Nash equilibrium. The reality of the Nash equilibrium of a game can be tested using experimental economics method.

To be more precise:

If TEAMFRANCIS changed the above strategy, their proposals would get voted down at the Synod and the Synod would confirm the doctrine of the Catholic Church. Since TEAMFRANCIS needs to change “doctrine”, they would be worse off.

If TEAMORTHODOXY changed strategy, i.e. say…demanded a vote, it would then need to vote down the proposals of TEAMFRANCIS. This would in turn create a situation in which Francis (and all subsequent popes) would lose, thereby reducing the authority of the Petrine Office. Please recall, the Catholic Church is a monarchy. Monarchs don’t lose votes, especially if the monarch is the vicar of Christ on Earth.

Therefore, the best possible result is for the above described STRATEGY to be executed at the upcoming Stealth Sex Synod™ of 2015.

And the reason that the above is the case is as simple as this:  the above STRATEGY extracted from the Andrea Gagliarducci MondayVatican post, represents the Nash Equilibrium between the two opposite sides.

Further thought, the Nash Equilibrium in and of itself, exists since it is a part of creation that is comprised of omnium et invisibilium, i.e. “all thing’s (…) invisible”. Just like Catholics have been reciting and singing at mass for two thousand years.

Does anyone need anymore proof?