Today we stay focused on the Gilet Jaunes Movement in France and ramifications for the wider European Union. As this humble blogger has mentioned earlier, Manu Macron is the last of the G7 die-hard GLOBALISTS who is holding onto power. The entire hope of the GLOBALISTS (cultural Marxists) rests on his shoulders.

What is also important to understand is that the mechanism which brought about the Gilet Jaunes Movement, which is explained below by Charles Hugh Smith, what he calls the neocolonial-financialization model, is operational in the entire global financial system.

We presently see a variation of this same mechanism, although at an advanced state in the FrancisRepublic of Venezuela. In that FrancisDictatorship, the lenders, i.e. the Chinese are beginning to call in their loans. If the Venezuelans can not come up with the cash, the Chinese will be taking over one or more of Venezuela’s oil industry assets. (see here)

Now for countries in the developed world, the mechanism works differently. No physical assets are taken over, but if they are, they are monetized as is happening in Greece, and the cash flows go to pay off the indebtedness. So this variation of the neocolonial-financialization model, in essence leaves the assets in the hands of the nominal “owner” while siphoning off the cash flows and repatriating them back to the lenders home country.

However, the downstream effects of “foreign owners” is that the profits are repatriated back to the home country of the owners, or more likely to jurisdictions where the marginal tax rates are low. This in essence starves the hosting country of tax revenues. Therefore, these lost tax revenues must be made up, and they are made up by milking the local populations.

Or as they are presently refered to: TAX MULES.

The end result of this version of the flawed system is: FRANCE.

And here are some of the latest pic:

Ok This will be my Thread of the Police brutality of in #France of the #GiletsJaunes protests since November the 17th, this will take me a long time and will be a long thread but i don't care. I am going to expose the police brutality going on in France of police officers. pic.twitter.com/pj37D3ccvj

3/ Here is an other Old lady shot on the head with a flash ball, she as well suffered head trauma. #GiletsJaunes #ActeIX pic.twitter.com/9PhU1sNAkV

So it’s all on the line for the GLOBALISTS, and that includes Francis, the GLOBALIST of Rome. If the Gilet Jaunes can topple Manu Macron and bring about a government that starts to serve the interests of the local population rather than multi-national GLOBALIST interests, it could be the beginning of the great unwind of the New World Order.

And without a NEW WORLD ORDER, there is no need for a ONE WORLD RELIGION.

And if the GLOBALISTS are cut off from their income sources, so is the FrancisPervChurch and the post-conciliar sect that subsists in and has hijacked the leadership of the Holy Roman Catholic Church.

So we will stay on top of this story and pray, do penance…

You get the drift. 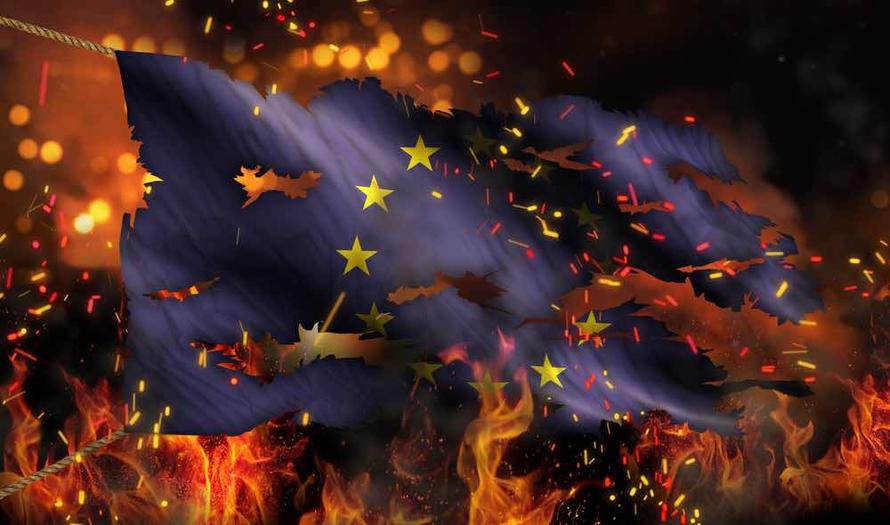 The Decline And Fall Of The European Union

This exhaustion of the neocolonial-neofeudal model was inevitable, and as a result, so too is the decline and fall of the European integration/exploitation project.

That a single currency, the euro, would fracture rather than unite Europe was understood long before the euro’s introduction as legal tender on January 1, 2002. The euro, the currency of 19 of the 28 member states of the European Union, is only one of the various institutions tying the member nations of the European union together, but it is the linchpin of the financial integration touted as one of the primary benefits of EU membership.

Skepticism of the benefits of EU membership is rising, as citizens of the member nations are questioning the surrender of national sovereignty with renewed intensity.

The technocrat elite that holds power in the EU is attempting to marginalize critics as populists, nationalists or fascists, overlooking the untidy reality that the actual source of tyranny is arguably the unelected bureaucrats of the EU who have taken on extraordinary powers to strip the citizenry of member states of civil liberties (i.e. the right to dissent) and of meaningful political enfranchisement.

As I have patiently explained since 2012, the underlying structure of the EU is neocolonialism, specifically, neocolonial-financialization. Stripped of artifice, the financial institutions of the EU core have colonized the EU periphery via the euro and the EU and imposed a modernized system of extractive serfdom on the citizenry of the core and periphery alike.

To understand the neocolonial-financialization model, we must revisit the classic model of colonialism. In the old model of Colonialism, the colonizing power conquered or co-opted the Power Elites of the region, and proceeded to exploit the new colony’s resources and labor to enrich the core or center, i.e. the Imperial nation and its ruling elites.

This traditional model of colonialism was forcibly dismantled in the 1940s-1960s. Former colonies established their political independence, a process that diminished the wealth and control of former colonial powers.

Then, when the credit expansion reaches levels that cannot be supported, the lenders demand collateral and/or favorable trade and financial concessions.

These tactics have been well-documented in books such as The Shock Doctrine: The Rise of Disaster Capitalism and Confessions of an Economic Hit Man.

But the economic pillaging of former colonies has limits, and as a consequence the global financial powers developed the Neocolonial Model, which turns these same techniques on one’s home region.

Thus Greece and other capital-poor European nations were recognized as the periphery that could be exploited by the core, and the euro was the ideal tool to exploit the economies of nations which could never have generated credit/housing bubbles without the wide-open spigots of cheap credit flooding their economies.

In Neocolonialism, the forces of financialization are used to indenture the local Elites and populace to the financial core: the peripheral “colonials” borrow money to buy the finished goods manufactured in the core economies, enriching the Imperial Elites with A) the profits made selling goods to the debtors B) interest on credit extended to the peripheral colonies to buy the core economies’ goods and “live large”, and C) the transactional skim of financializing peripheral assets such as real estate and State debt.

The assets and income of the periphery are flowing to the core as interest on the private and sovereign debts that are owed to the core’s money-center private banks. 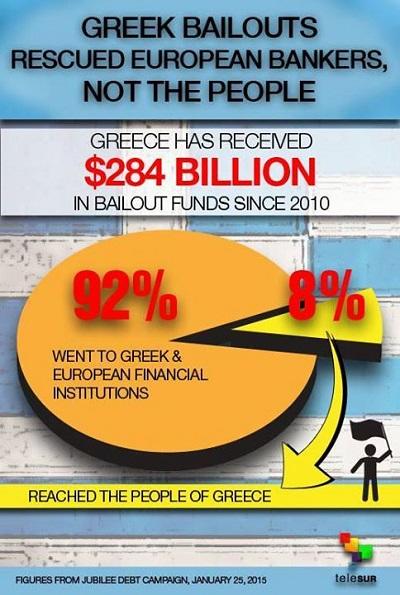 This is not just the perfection of neocolonialism but of neofeudalism as well.The peripheral nations of the EU are effectively neocolonial debtors of the core, and the taxpayers of the core nations are now feudal serfs whose labor is devoted to making good on any financialization schemes that go bad.

Neocolonialism benefits both the core’s financial Aristocracy and the periphery’s oligarchies. This is ably demonstrated in the essay Misrule of the Few: How the Oligarchs Ruined Greece.

The EU has finally reached the endgame of the Neocolonial-Financialization Model. There are no more markets to exploit with financialization, no more assets to strip, and the serfs (a.k.a. yellow vests) of the core are tiring of being stripmined in service of the EU kleptocracy.

At this point, the financial Aristocracy has an unsolvable dilemma: writing off defaulted debt also writes off assets and income streams, for every debt is the core’s asset and income stream. When all those phantom assets are recognized as worthless, the system implodes.

This exhaustion of the neocolonial-neofeudal model was inevitable and as a result, so too is the decline and fall of the European integration/exploitation project.

14 thoughts on “Revolt Of The Tax Mules…”