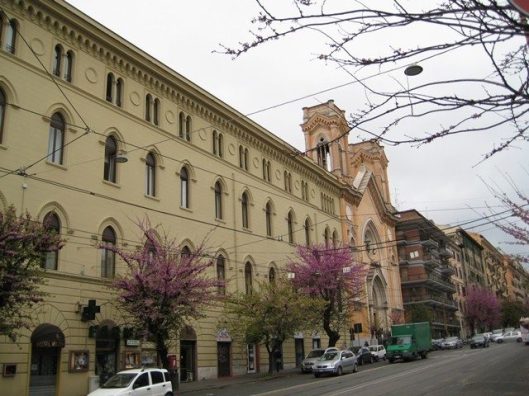 Seeing as a lot has been happening lately on the Restoration front, I will write this post about PROCESS.

As my readers know, the Restoration of “all things in Christ” at the end of the day, is a process. This process is transpiring within a larger process. That larger process can be described as a return to LOGIC, REASON and an Aristotelian definition of TRUTH.

The reason we, as a Civilization find ourselves in this mess, is that elements within our Civilization have suppressed REASON, LOGIC and OBJECTIVE TRUTH as the basis for our understanding of reality. This process can be traced from the “Enlightenment” to the Modernist movement of the first half of the 20th Century and the subsequent post-Modernist “car crash” that resulted.

A great explanation of just this post-Modernist “car crash” in the ecclesiastical sub-set of the et Invisibilium is the following passage from John Lamont’s seminal essay titled Attacks on Thomism:

The nature of this rejection of Thomism has had grave consequences. It is not just the rejection of those characteristic theses that are advanced by Thomism but denied by other schools of Catholic thought. It is a global rejection of the content of Thomism as a whole. This content is largely shared with the other traditional Catholic schools – and indeed with traditional Western philosophy as a whole, since Thomism incorporates many of the basic Platonic and Aristotelian ideas that are central to this philosophy. Of course, rejecting these basic ideas means rejecting Western philosophy and the whole Catholic tradition of thought of which they are an essential part. But if we accept – as we should – that Western philosophy has some worth, it also means rejecting essential philosophical truths. Throwing out the basic framework of traditional Western philosophy means throwing out the fundamental philosophical insights that it contains. This abandonment has consequences for theology that were not lost on the Thomists who defended their tradition.

Replace “Thomism” with Aristotelian “TRUTH” and we can use the above passage to explain the decomposition that has taken place in Western Civilization over the last 50 years.

Yet, like all processes that reach their pinnacle, or in this case their “dead end”, a new process comes along that attempts to correct it. We call this the NORMALIZATION PROCESS™ on this blog.

As to the ecclesiastical NORMALIZATION PROCESS™, by far the biggest news to emerge over the past 72 hours has been the news about the SSPX’s purported PURCHASE of a Rome headquarters. According to rumors, this purchase is being expedited with the help of the bishop of Rome.

With respect to my take on this occurrence (DATA POINT), I share the views of other preeminent Catholic bloggers, such as Vox Cantoris and Mundabor, who have written about this event.

Just for the record, I think that there is no harm in accepting an offer from Rome whereby the bishop of Rome guarantees that the SSPX 1) can stay as it is, 2) that the SSPX has its own bishops which they chose from within their ranks and 3) that they keep complete control over their assets.

Needless to say, point 3) is critical since we are dealing with a post-conciliar Church in Liquidation. And it is through examining the “money issues” that allows for a consistent analysis of the current situation and actions by the bishop of Rome. Whether examining the situation with the Franciscans of the Immaculate (neo-Modernists thought that the FFI had ownership over their assets – which they didn’t – do’hhh), the “Sovereign” Military Order of Malta ($1b in liquid assets that WERE NOT being held at Msgr. Ricca’s Vatican Bank – they will be now) or the help with the purchase of the neo-Gothic church and complex in the center of Rome, Santa Maria Immacolata all’Esquilino (notice that Rome did not “give” the SSPX the tangible assets but instead “helped” them negotiate a “good price” – the neo-Modernist must really be desperate for cash).

But back to the PROCESS issue and the wider CONTEXT. Another NORMALIZATION PROCESS™ that is starting to take hold, which we are witnessing is the one taking place at a few of the major research universities in the United States. In one of our last posts, we wrote about a professor from the Divinity School at the University of Chicago. Today we have a letter from the Provost of Stanford University. I have republished his letter, via the Zero Hedge website, below. (see here)

When reading John Etchemendy’s letter, notice how easily this argumentation could apply to the post-conciliar church. Also notice that it is the “grants”, i.e. funding issue that might just explain for why Mr. Etchemedy wrote this letter now.

In other words, “drainig the swamp!”

And finally, the reason that I am re-posting this letter is to show you dear reader that you are not alone.

UPDATE: Dr. Jordan Peterson appears to have won his standoff with the forces of evil and confirms… (see here)

In a remarkable – for its honesty and frankness – statement on the intellectual rot within America’s Ivory Towers, Stanford University Provost John Etchemendy lay bare the challenges that higher education face in the coming, increasingly divisive, years.

The Threat From Within

Universities are a fundamental force of good in the world. At their best, they mine knowledge and understanding, wisdom and insight, and then freely distribute these treasures to society at large. Theirs is not a monopoly on this undertaking, but in the concentration of effort and single-mindedness of purpose, they are truly unique institutions. If Aristotle is right that what defines a human is rationality, then they are the most distinctive, perhaps the pinnacle, of human endeavors.

I share this thought to remind us all why we do what we do – why we care so much about Stanford and what it represents. But I also say it to voice a concern. Universities are under attack, both from outside and from within.

The threat from outside is apparent. Potential cuts in federal funding would diminish our research enterprise and our ability to fund graduate education. Taxing endowments would limit the support we can give to faculty and the services we can provide our students. Indiscriminate travel restrictions would impede the free exchange of ideas and scholars. All of these threats have intensified in recent years – and recent months have given them a reality that is hard to ignore.

But I’m actually more worried about the threat from within. Over the years, I have watched a growing intolerance at universities in this country – not intolerance along racial or ethnic or gender lines – there, we have made laudable progress. Rather, a kind of intellectual intolerance, a political one-sidedness, that is the antithesis of what universities should stand for. It manifests itself in many ways: in the intellectual monocultures that have taken over certain disciplines; in the demands to disinvite speakers and outlaw groups whose views we find offensive; in constant calls for the university itself to take political stands. We decry certain news outlets as echo chambers, while we fail to notice the echo chamber we’ve built around ourselves.

This results in a kind of intellectual blindness that will, in the long run, be more damaging to universities than cuts in federal funding or ill-conceived constraints on immigration. It will be more damaging because we won’t even see it: We will write off those with opposing views as evil or ignorant or stupid, rather than as interlocutors worthy of consideration. We succumb to the all-purpose ad hominem because it is easier and more comforting than rational argument. But when we do, we abandon what is great about this institution we serve.

It will not be easy to resist this current. As an institution, we are continually pressed by faculty and students to take political stands, and any failure to do so is perceived as a lack of courage. But at universities today, the easiest thing to do is to succumb to that pressure. What requires real courage is to resist it. Yet when those making the demands can only imagine ignorance and stupidity on the other side, any resistance will be similarly impugned.

The university is not a megaphone to amplify this or that political view, and when it does it violates a core mission. Universities must remain open forums for contentious debate, and they cannot do so while officially espousing one side of that debate.

But we must do more. We need to encourage real diversity of thought in the professoriate, and that will be even harder to achieve. It is hard for anyone to acknowledge high-quality work when that work is at odds, perhaps opposed, to one’s own deeply held beliefs. But we all need worthy opponents to challenge us in our search for truth. It is absolutely essential to the quality of our enterprise.

I fear that the next few years will be difficult to navigate. We need to resist the external threats to our mission, but in this, we have many friends outside the university willing and able to help. But to stem or dial back our academic parochialism, we are pretty much on our own. The first step is to remind our students and colleagues that those who hold views contrary to one’s own are rarely evil or stupid, and may know or understand things that we do not. It is only when we start with this assumption that rational discourse can begin, and that the winds of freedom can blow.

We wish John well in his future endeavors as we are sure there will be a groundswell of hurt feelings demanding his resignation for dropping another truth bomb on their safe space.

36 thoughts on “We Catholics Are Not Alone…”